Let’s run away, somewhere no-one can find us! 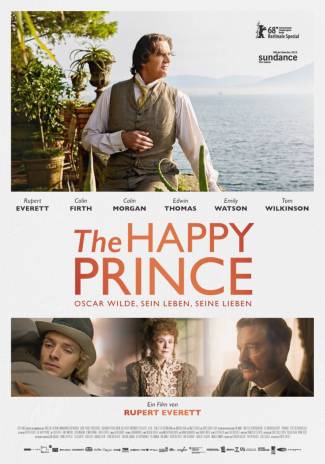 So after leaving the employment of Odeon Cinema in February of this year I recently started a new management role at another chain (who I can’t name obviously) so that, combined with watching the World Cup (which England are surprisingly still in at the time of writing), has left me lacking in time to watch and review many films.

I’ve even had to wait to review this one until after my chain stopped showing it as I’m not contractually allowed to criticise a movie that we are showing. You can tell where this review is going based on that alone.

I’m not overly familiar with the life of Oscar Wilde, it isn’t a subject that particularly interests me, so I’m not entirely sure why I went to watch it in the first place. I didn’t even watch the Stephen Fry film from the nineties, and I like him so this was a strange one really.

Oscar Wilde (Everett) decides to spend his life after prison in France, but he is just a shell of his former self and relies on the handouts from friends and family due to his reluctance to work. Numerous people still recognise him in France and goad him over his homosexuality.

Despite being told he will lose his allowance from his family if he saw infamous former lover Bosie (Morgan) again, the pair start a relationship and move to Italy in which they have many male-orientated parties. Bosie soon loses his allowance and this puts a strain on the relationship, especially as Oscar still refuses to work.

How long will they last, if at all?

So is it a reasonable attempt at an Oscar Wilde film?

Let me start off with the main/only positive that I have regarding this overly long movie and that is that the cast is fantastic. Colin Firth is his remarkably likeable self, Rupert Everett is excellent as Wilde and I was impressed with my first viewing of Morgan, so in the aspect of acting it does very well. That is about as far as the praise goes.

Whilst the acting is superb from everyone except for the ever-tedious and emotion-void Emily Watson, this film is a tedious bore. Like most films made by the BBC, this is just poor storytelling. Whether it is the uninspired plotline (although to be fair it is based on historical events) or the numerous monologues that Wilde starts but never seems to make a point with, I was so exceptionally unengaged in the cinema screen.

One of the main reasons for this is that Wilde is portrayed as completely unlikeable. As arrogant as Bosie is towards the end of the film, he makes a very good point in a rant that highlights how Oscar is a leech on his friends, only seemingly wanting them in his life for the money that they might lend him. He refuses to work and there isn’t really anything redeeming about him. You sort of understand why he has lost touch due to the scenes which depict him getting spat on at Clapham Junction whilst being transported, but other than that there wasn’t a single moment that I found myself feeling sorry for the character during his constant trials and tribulations.

The supporting characters also feel undeveloped and other than being Wilde’s friends, I couldn’t tell you anything about half of the secondary characters, not even their names. That’s never a good thing.

There is a high chance this will be in my bottom ten at the end of the year. 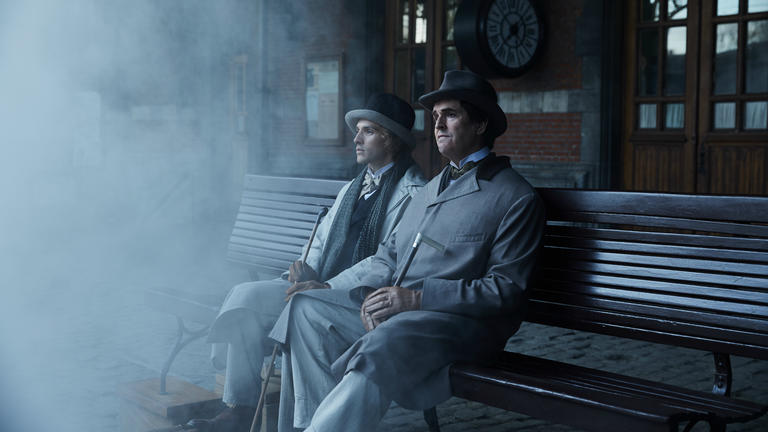 A tedious watch that is otherwise well-acted (well, except for Emily Watson) fails to deliver a worthwhile movie. As a lead character, Wilde is completely unlikable and it is hard to feel sorry for him as the film goes on.

Other than the acting I can’t think of a single praise-worthy thing about the film and ultimately I can’t come close to recommending it on any level.

One thought on “The Happy Prince”