A bit of a background on me first 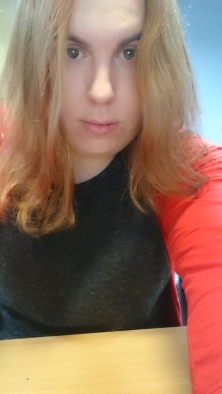 Hello, I’m Kate, I am from in Lincoln, England. I have previously worked in various cinema chains in both a team member capacity and as a manager, and this, combined with a passion for films, lead me o wanting to write film reviews in my spare time.

I have loved films since I was a child, especially as I grew up just as CGI and everything was coming in and I got to see a lot of films that were technologically advanced for the time, but weren’t necessarily obviously done on a computer. One such example is my favourite film, “Willow”, made in 1988 and starring Warwick Davis and Val Kilmer, infact I would go as far as saying that my favourite films are the ones where computers haven’t really been used, or only been used on a very small basis, such as Fight Club.

So why film reviews, and more importantly, why obscure films?

When I turned 30 in September 2014 I decided to start pursuing my passions and one of those is talking about films I love, however, I wanted to take a different approach than other review sites. I was tired of going on review websites and watching reviewers on Youtube talking about the same films all of the same, especially films where you will more than likely see them yourself anyway. I thought about how I could get around that and decided that my reviews would be based on films that are not well known and then hopefully I can persuade you to watch a film that I love that you’ve not heard of before.

Well I’m not going to give my email address out but below are my social media profiles and a Facebook group that you can join.